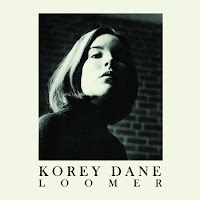 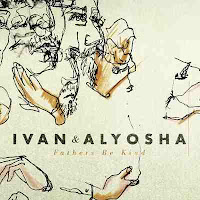 10. Loomer - Korey Dane. This album isn't just a favorite of mine. It's my current favorite. Just discovered it the day after Christmas, and it quickly took it's place on my top ten. I love every track and will be getting lots of new year playtime out of this album. Fave tracks: Mother Father, To Mona, Oh Louise, and The New Year [of course.]

9. Fathers Be Kind - Ivan & Alyosha. I'm kicking myself that I haven't seen this band live yet. They've been nearby a few times and I've missed them. This is my new years resolution for 2012: To see Ivan & Alyosha in concert. This is just a five track EP, but I love it so much, and I can't wait for a full length album to be released. Hopefully this year :) Fave tracks: I Was Born To Love Her, Everything is Burning, and Fathers Be Kind. 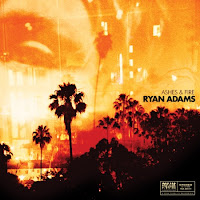 8. Ashes & Fire - Ryan Adams. This album will forever and always remind me of the month of October 2011 when I was glued to the couch night and day sewing beads onto Madeline's homecoming dress. Funny how music can do that. It can be the most powerful time capsule, keeping a time and place for safe keeping. Fave tracks: Come Home, Ashes & Fire, Save Me, and Kindness. 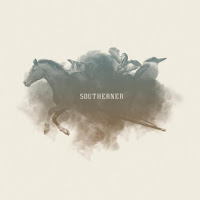 7. Southerner - Trent Dabbs. A few times throughout the year I've thought that maybe this album wouldn't be on my top ten. It came out clear back in the very beginning of the year and lots of great albums have been released since, but every time I go back to this album, it holds on strong. So many great songs on this album. Dabbs is a serious talent. Fave tracks: Leave to See, Don't Blame Love, Catch Me Up To Speed, and Can I Cross Your Mind. 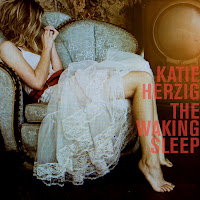 6. The Waking Sleep - Katie Herzig. I have Lindsay to thank for introducing me to Katie years ago. She's become one of my very favorite artists and it never fails that her music connects with me. Her voice is unique and has a quirkiness that I love. I've seen her live twice and she's just as wonderful on stage. This album is a ton of fun, filled to the brim with gems. My favorites are: Free My Mind, Oh My Darlin', Wasting Time, and Midnight Serenade. 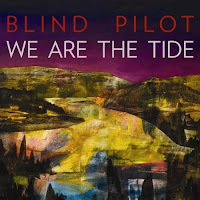 5. We Are The Tide - Blind Pilot. The second I heard the title track from this album I knew it would be on my top ten. It's seriously one of my all time favorite albums now. This band is also on my list of bands to see. I actually had tickets to see them earlier this month in Seattle but the show ended up being when I was in the depths of strep throat and missed the show. SO SAD! I will see them though. Fave tracks: Always, We Are the Tide, The Colored Night, and White Apple. 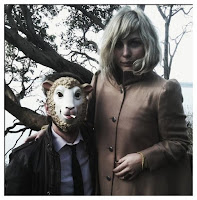 4. The Head and the Heart - The Head and the Heart. Another amazing album from a band I'm anxious to see live. My brother saw them open for Death Cab and said they were so awesome. [sigh.] This album is the epitome of awesome indie music. From start to finish, this band delivers. I love every track, but here's the creme de la creme: Cats and Dogs, Coeur d'Alene, Down in the Valley, Honey Come Home, and Winter Song. 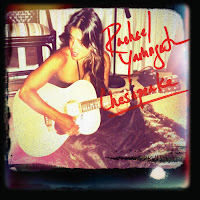 3. Chesapeake - Rachael Yamagata. She will always be a favorite of mine, and hopefully I will get the chance to see her live in my lifetime. [I need to move to a cooler town where artists like Rachael desire to visit!] This album is a refreshing delivery from her. Less dark than her last album and at times, even upbeat and happy. Rachael's raspy voice is as perfect and hoarse as always. Fave tracks: Even If I Don't, Saturday Morning, You Won't Let Me, and Full On. [Please listen to these songs, you won't regret it.] 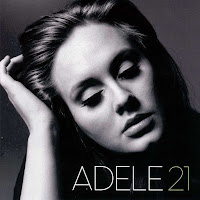 2. 21 - Adele. She is amazing. On the album. In concert. If I could be gifted any voice on the planet, it would be hers. To be able to sing like that! When my mom and I went to her show in Portland this summer I wasn't expecting her to be so funny as well. She was hilarious, and her laugh...I don't think I'll ever forget that. This album has one of the best songs ever written. Someone Like You. I never tire of that song, even if the radio plays it 30 times a day. It's simply amazing. 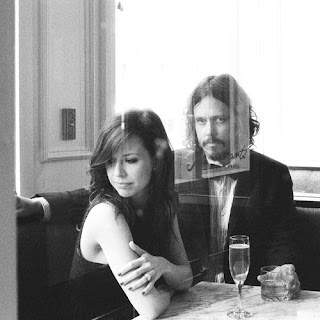 1. Barton Hollow - The Civil Wars. This album is just hard to beat. Joy and John create magic on these songs and when I saw them in concert in June, I was blown away. That was one of the most special shows I've ever been to, and these songs are meant to be heard in a dark little club with the audience singing along. Such a spectacular album from top to bottom and I can't wait to see what they do next. Best of the best: 20 years, C'est la Mort, Poison & Wine, Barton Hollow, Girl With the Red Balloon, and Forget Me Not.

Wishing you a Happy New Year
and a blessed 2012!

*Most of these albums are available on AmazonMP3 for $5 or less. Purchasing through these amazon links helps support Passionista Presents. Thank you for your support!
** P.S. The new January playlist will be posted on Monday, and all of these artists will be featured!
***P.P.S. Want to see my list from 2010? Click here.
Posted by Marilyn at 12/30/2011