The Civil Wars. In Concert. 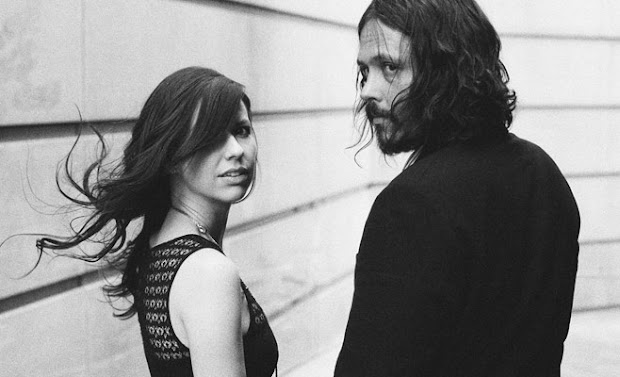 Last Saturday evening Brandon and I traveled north to meet my brother Mitch in Spokane to see The Civil Wars. For me, it was a much anticipated evening. I had bought tickets to see them a couple days earlier in Seattle at my all-time favorite venue, but when Mitch texted me asking me to go see the band in Spokane with him, I quickly sold those dreamy seats near the stage, because seeing shows with Mitch is pretty fun.

Before the show, fans lined up outside the venue and were treated to a lovely visit from Joy Williams. She shook hands, and signed autographs as she made her way down the long line. When she got to Mitch, he charmed her with his quick wit, and made her laugh. She asked his name. I will never forget that moment.

Opening the show was Rayland Baxter, a new to me indie singer/songwriter. He prepped us well for the show with his beautiful acoustic tunes and comedic tales of Canada's refusal to let a singer with a "past" enter their country.

This show turned out to be the one to be at. Just like all of their previous shows, it was sold out to an adoring crowd, who gathered in the understated A Club. I've heard about Joy Williams and John Paul White's striking on-stage chemistry, and it was mesmerizing for sure. They are both married, but not to each other. It sort of plays tricks with your mind, because they clearly adore performing together. I concluded that they were meant to sing with one another, something like musical soul mates.

The duo seemed genuinely touched by the audiences energetic approval, and I was proud of eastern Washington for knowing every word, and so eagerly applauding the talented couple. I know they felt the love and will return to our often neglected side of the state.

The highlights for me were:

+ watching the beautiful Joy effortlessly dance and sway to the music
+ being taken by John Paul's mysterious and rugged good looks
+ a particularly awesome Barton Hollow rendition. I wished they played it twice it was so good.
+ the magnetic chemistry between the two on stage
+ their cover of Billie Jean
+ when they played their [admittedly] only happy tune, I've Got This Friend
+ sharing the stair well with them after the show as they figured out where they were supposed to be, gave me a chance to tell them how much I enjoyed the show.

The Civil Wars were such gracious and generous entertainers that Mitch, Brandon and I were completely enamored by them. Mitch and I have been texting back and forth all week commenting on the strength of the band and hoping to catch them live again someday soon!