As I was looking through the pictures on my camera, I found a few that I wanted to share: 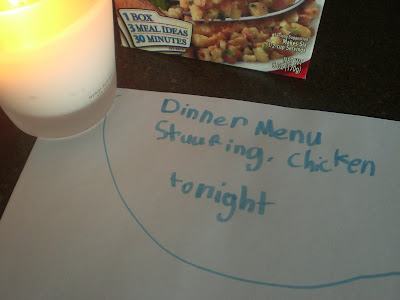 Earlier this week, I found this note on the counter, strategically placed next to my lit candle and the box of stuffing. Lily was hyped about the 30 minute meal. I'm not a fan of stove-top so much, but how do you say no to that? 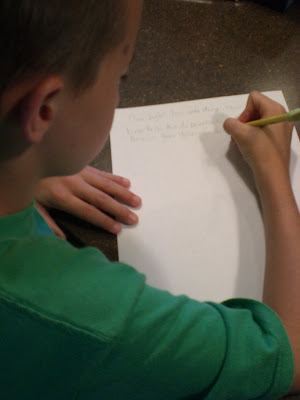 About a year ago when uncle Taylor was home for the summer, he took Ethan shopping at his favorite shopping spot, Value Village [i know!], and Ethan picked out an orange vest for $3, which Taylor paid for. He loves that vest, probably because it reminds him of Taylor. But, over this year, it has been nagging at Ethan that he hadn't paid Taylor back the $3, and so I recently found him writing Taylor a letter with the money attached. He wanted to send it off to Taylor at college in southern Utah, but we didn't have his most current address, so it has just sat here. But there is no need to send it now, because this week we got a huge surprise, you can check it out on my facebook profile, right here.
I'm still laughing about it. 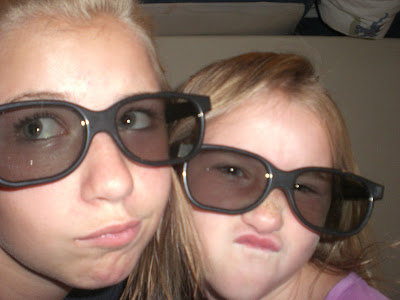 After watching Coraline in 3D a few nights ago, Jocelyn declared it the worst. movie. ever, and proceeded to do a whole photo shoot in the 3D glasses, with Lily. This one's my favorite. 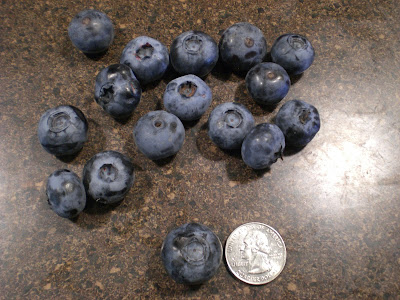 Just a "little" blueberry from our patch. THE SIZE OF A QUARTER! 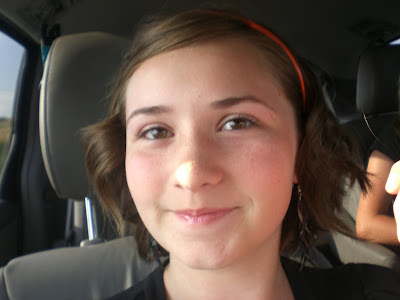 I can't believe how grown up Madeline is looking.
She leaves on Monday for EFY, she's going to have a blast.
Posted by Marilyn at 7/31/2009