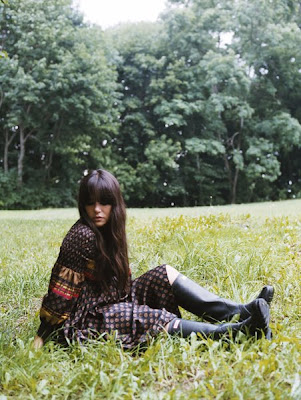 Earlier this month Rachael Yamagata's newest album released. I have been waiting for this album for three years. She is, hands down, my favorite modern singer/songwriter...emphasis on the songwriter part. The imagery in her lyrics is AMAZING. For example...

"If the elephants have past lives,
yet are destined to always remember,
it's no wonder how they scream,
like you and I they must have some temper.

And I am dreaming of them on the plains,
dirtying up their beds,
watching for some sign of rain,
to cool their hot heads.

And how dare that you send me that card
when I am doing all that I can do.
You are forcing me to remember,
when all I want is to just forget you."

This is a two CD album. The first is called "Elephants" and the second is called "Teeth Sinking into Heart." It has taken me a couple of weeks to really digest this album, and at first I was so mad because this album is labeled as explicit. I was mad at her for including vulgar language, when I believe it is completely unnecessary. But as I simmered down and gave the album a chance, I realized that only two songs have bad language and I can easily remove those from my music library. Just as she has the right to include foul language in her writing, I have the right to delete those songs from my playlists.

So, once I opened my mind and listened, really listened...I realized also that she is still writing the most beautiful lyrics on the music market today. The entire Elephants album is stunningly beautiful and full of torment and emotional heartbreak. I cannot say enough about how great this album is. Her gorgeous voice combined with smart writing is irresistible. This review sums up how I feel about her writing...

"Often haunting and eerie and emotionally naked, the album's a bit like reading a young woman's diary. Proceed with caution." 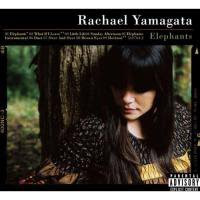 My favorite songs from the album:

Avoid "Accident" and "Don't", they have the vulgar language. Booo!

P.S. You can listen to Rachael talk about her new album here and listen to her perform a couple of songs.