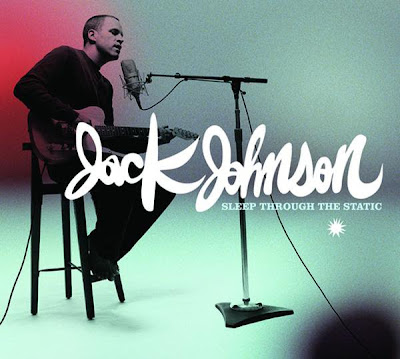 There were two new albums that were released yesterday that I had been patiently anticipating. Jack Johnson's new "Sleep Through the Static", and Sheryl Crow's "Detours". Both of their first singles were released some time ago and sounded pretty good. False Advertising.

This may be the first time that I review music that I was disappointed in. I'll do Jack Johnson first. In all fairness, I have never been much of a Jack Johnson fan, I like some of his songs and own a couple of his albums, but really can't listen to them all the way through. I get bored. This album is, in my opinion, the same. After a few songs they all start sounding the same to me. (Mitch, you can start arguing with me...now!)

I think Jack has a great voice, and I love the laid back, lazy feel of his albums, but there isn't enough variance to keep me interested for the entire album. And believe me, I tried. Don't get me wrong, each song on it's own is good enough, but back to back, it's one looooong song. In fact, each song really runs into the next, and I was checking my iPod to see if it was a new song or not. Just not my cup of tea.

And the one thing that has me disappointed is the way politics has made it's way into his songs. Sure, he has the right to sing about the war, but I don't care to listen to it. Once I made it through the album entirely, I can honestly say there are some good songs on the album, here's the highlights... 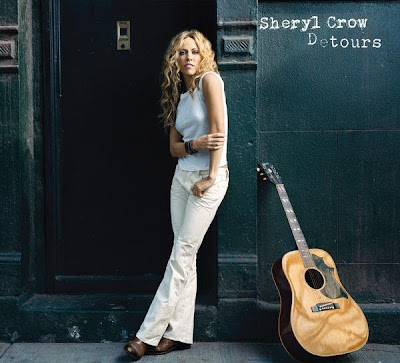 Now, Sheryl Crow. I have always been a fan of Sheryl. I love her voice, I even saw her in concert at the gorge, and it was good. I have all of her albums, but this one just doesn't do it for me. Let me explain.

The first seven tracks are blatantly political and left me wondering if there was any coincidence that her album dropped on Super Tuesday. Me don't think so. Her first single "Love is Free" is the third track on the album, about the government screw up following hurricane Katrina, and I like it, but smack dab in the middle of 6 other politically inspired songs, it just makes me mad.

She sounds good, and the music is much like her earlier stuff, but the lyrics are so liberal...anti-war...give peace a chance...that I wanted to heave. Some people might enjoy that, but I don't like politics mixing with my music. At all.

Once you've made it this far in the album it is really apparent that the personal struggles she has endured these past few years (cancer, public breakup with Lance Armstrong, adopting, political activism) are exactly what inspired her lyrics. So if nothing else, it's a really honest and personal record of her life. I can appreciate that, but I will still pick and choose which songs I listen to and will not be listening to the entire album again, here's the highlights...


So, I still managed to recommend some good songs today. Yay! If you love Jack Johnson, then you will most likely love this album too, and if you like (liberal) politically motivated songs then you will enjoy Sheryl's album also. Can't wait to hear your feedback, your opinion, even if it's different than mine...
Posted by Marilyn at 2/06/2008