Tomorrow is the last day of February and it feels like this month has flown by. I've taken some photos of things that have happened this month, but haven't posted them yet. So today, I will be a good mommy blogger and post some family pictures. 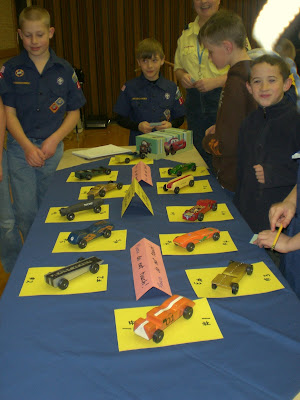 The Pinewood Derby was actually in January but I am just now getting around to posting them. Oh well. 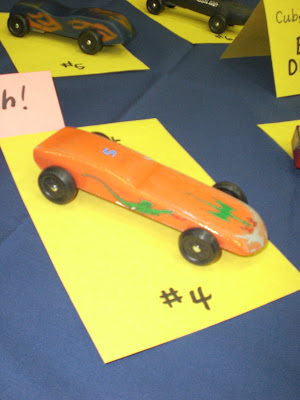 Brandon and Ethan worked hard and long on this car, though you really wouldn't know it by the looks of it. Brandon was sure they would kick some pinewood derby rear end, but, it was not meant to be. Ethan, however, had a great attitude and said he was just glad that his friends did well. He's such a sweetheart. 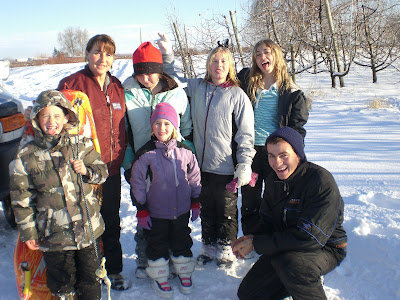 Grandma Shirley and Taylor took the kids sledding through the orchard and they had tons of fun, except for Madeline. She got hurt and you can see the tears as I forced her to pose for the picture. 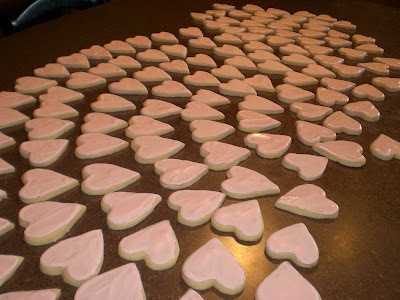 The day before Valentine's day, I became very ambitious and decided to make cookies for practically everyone I knew. About 150 cookies. I call this picture "Heart Attack." 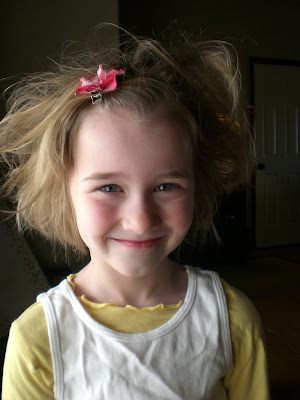 Lily wanted to participate in "Crazy Hair Day", but once she got to school, she was very nervous and shy about having the wild hair. Luckily, she wasn't the only kindergartner who has school spirit. By the way, she totally picked this outfit by herself, I had nothing to do with it. 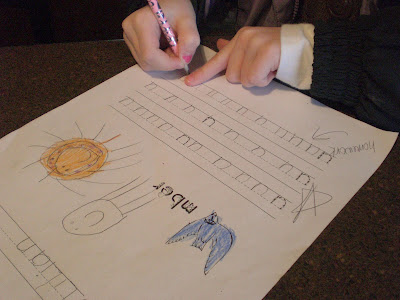 February was a great month for Lily in school because she is doing really well in reading and writing. She has an enthusiasm for school that I am just praying sticks around for about 11 more years. I love this picture because it shows her using her finger to space the letters she is writing and she also wrote Lilian rather than just Lily. She has decided she wants to use her full name on all of her school work which makes me insanely happy, because I love her name. 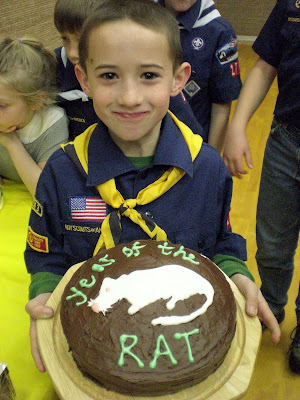 Tuesday was the Blue and Gold Banquet and the theme was Chinese New Year, the Year of the Rat. Brandon and Ethan made this cake, which won the most photogenic award, which is saying something, don't you think? There is something about a little boy in a cub scout uniform that just makes me happy. So adorable.