This weekend was full of great things that made me cry. It actually all began on Friday, when this was revealed. I, along with many many other bloggers, am so very happy for her and her family. 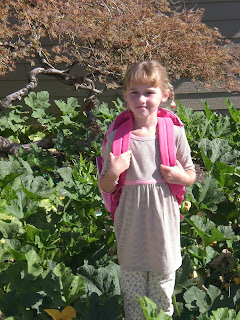 Then we had our Primary program yesterday, and except for a couple of miss-spoken scripture references, it went very well. I love those kids. And I love getting the program over early, so that we can move onto new songs and focus on different things for the remainder of the year, before starting all over again.

Then, this morning we received a new e-mail from Taylor and the experiences he is having in the jungles of Africa are simply amazing. He will be home in about 4 months, but I think his heart will still be in Mozambique, possibly forever. He has been transferred to a remote part of Africa, a nine hour bus ride from anything city-like, and it is stereo-typical Africa. Mud huts, poor, humble people. Here are a few choice excerpts from his letter. (they are kind of long, and his english is not so great, so sometimes it is hard to understand him.)

Not this last Saturday but the Saturday before we went to Alfonso and Albertina's house (Elder Chirunguze and Elder Jensen's investigator family) to do some service. They live pretty far away where it is all mud huts. We got there and the first thing that happened was all the neighborhood kids gathered around alfonso's property to see why there was white people in their little village. It was really funny because they love to creep little by little as close as they can to provoke you to chase them but if you actually catch or grab one they will start bawling, but all the adults think that it's funny. I have never seen such a humble family in my entire life. Alfonso and Albertina are a very young VERY HUMBLE couple that understand the gospel well. The problem is that the people here that are extremely humble usually have a difficult time understanding the restored gospel, but I definitely consider this family the elect. Their house had only been halfway constructed as it only had one layer of some bamboo and dirt clods for the wall so we prepared to put on the outside layer of 100% fresh mud. We took water buckets and fetched water from a nearby tiny river and began to make as much mud as we could. After Alfonso, using much technique to create the mud, we had a huge pit of mud and we began slapping on the mud. You literally just grab a handful of mud a sort of chuck it against the wall and then you smear it a little bit so that it is even and looks good. I really tried to work hard and I just felt really good inside. In the midst of this unique experience I began to love these people more than I ever imagined I could. I felt like living in that mud hut that we were completing. I really felt like wanting to live this country after my mission to continue serving these people. I think I felt like Ammon felt as he said "I desire to dwell among these people for a time; yea and perhaps until the day I die." The characteristics of these people are characteristics that are really easy to fall into love with.
The more mud I slapped on the more I thought of how great it would be to be part of these people. I cant quite fully describe how the feeling that this service brought me, but they are imprinted into my heart and mind and I'll never forget them.

That same day we had a movie night for our investigators, non-members, and visitors as we watched "The Testaments." One of our investigators, José Da Silva, who I have really liked but has been showing very little progress and has been having many doubts, arrived. At the end he came up to me with a huge smile and told me that he had great new. He said everything has changed. The day before we taught him a really powerful lesson about asking God to know if these things are true. He had lots of doubts but he committed himself to truly ask God with faith. José's smile wouldn't fade and he said Elder it's just like you said, you'll feel that it's true, something will touch you. He then said that he would explain everything at our appointment the next day. I had never been so anxious and excited for and appointment in my life. We sat with him the next day and we started out by asking him straight out what response did he receive when he prayed to know if these thins are true. He then with a big smile said, I received and answer and now I know that Joseph Smith is a prophet of God and that The Book of Mormon is the word of God and that it was translated by Joseph Smith for us in these days. We were thrilled, but we want to know what made him know that. He responded that he asked with real faith like we had taught him to do, he asked with strong desire wanting to know , and then he said that he felt it extremely strong inside him, the feelings of the Holy Spirit. He said that he felt intense peace. When we first started teaching him he told us of some things that had happened a couple of years ago, his wife cheated on him and left him and some other things. He said that he still felt wounded and unhappy, but at that moment when he prayed to God to know of the truthfulness of the restored gospel he felt healed, whole, complete, loved, the holes within him had been filled. He said that his eyes were truly opened, he then told us that he was just so happy that he couldn't sleep that night. When he finally was able to sleep a little bit he permanently woke up at 3:00 in the morning, full of joy. I have never heard of anyone receiving such a powerful answer. I was amazed and so very thankful to the Lord for having answered my prayers and José's.

As you can see, Taylor has grown into a fine missionary and I suspect that when he comes home we will all be very pleased with the young man he has become. His 21st birthday is tomorrow and I hope he has a great birthday.
Posted by Marilyn at 9/10/2007