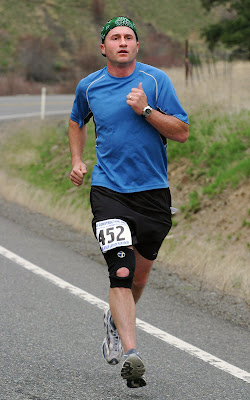 A while back, I wrote about my hero, my husband, Brandon. Today he is even more a hero to me. Let me just give you a glimpse of what his weekend was like.

On Friday afternoon, he drove himself up to Snoqualmie Pass so that he could join 99 other runners on this crazy journey called the Cascade Crest 100 mile Endurance Run. He ate dinner with other obsessed runners and chatted about the next morning. He tried to sleep that night, but says he really only could sleep well for a couple of hours. His anxiety level was too high. He rose early to get ready and prepare all of his equipment and head to the race start.


I spoke to him by cell phone at 8:30 that morning and he was already at the station where the race would begin. He had an hour and a half until the horn would honk to start his 100 mile journey. I asked him if he was nervous. He said, "Yes, this is crazy." I agreed.


The race began at 10:00am and I was nervous the whole day for him, knowing what lied ahead. 24-plus hours of running. Through the night. Without sleep. I finally heard from him at about 6:00pm, and he was calling me from the trail on his cell-phone, and the connection wasn't good. All I heard from him was "My________ is hurting really bad." And then he cut out, and I couldn't reach him again. I called his parents later who were on their way to meet him at the aid stations and be his "crew". They reassured me that he was okay, but his knee was hurting and he was at mile 33. I was relieved that he was doing alright.


They called me a few hours later (10:30pm) when he was at mile 40 and said he was doing really good, except it was raining, and he was soaked. But he was determined to press on. Other runners had already dropped out of the race, because running through these overgrown trails, in the rain, is HARD. Really hard.

At one point in the night, there was a section of the race where there was a steep mountain he had to go down and there are ropes to help guide your way down in the dark. Can you imagine? Climbing down a rope, in the dark, in the rain. That is crazy stuff. 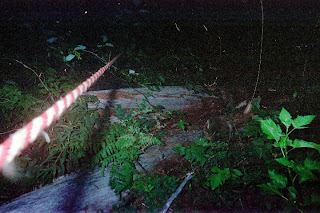 (Looking down at the ropes section. This picture is from last years race though, when it wasn't raining. Picture this wet and slippery.)

They told me to not worry, and that they would meet him at his next two aid stations clear until 3 in the morning. They were so awesome to sacrifice their sleep to follow him around in the rain and to make sure he was doing well, and getting hot food. I am so grateful that they were there. It was so hard for me to go to sleep last night knowing he would be running all night long. Talk about guilt. 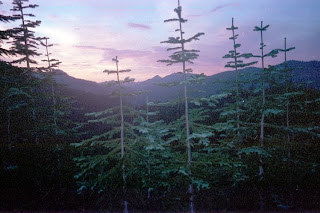 (The Pacific Crest Trail at Sunset)

They called me this morning around 7:30 to tell me he was still doing very well, and in good spirits and had made it through the night. By this time he was at mile 68 and had made it to Lake Kachess. I was thrilled. In his training, the farthest he had ever ran at once was 35 miles, so to go this far was amazing. 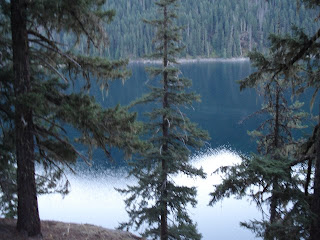 (A picture of beautiful Lake Kachess)

But next he had to go 5 miles on what they call the "Trail from Hell". It took over 2 hours to finish this next 5 miles and he assures me it IS the trail from hell. He said he had to cross streams and climb over humongous fallen trees, and that the trail is really overgrown. But he did it. 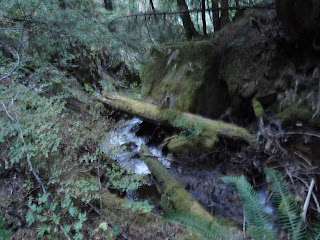 (The Trail from Hell)

By the time he finished that trail however, he knew he wouldn't make his next time cut-off and had to quit the race. Bummed, deflated, sad, upset. Those words don't even come close to describing how he felt. He had gone so far. 73.9 miles and now he had to quit.

I am so proud of him though. We all are. He accomplished an amazing thing. He ran 74 miles in 24 hours through rain, cold, mountains, and without sleeping. The kids greeted him at home tonight with banners and posters that said "Superdad" and "Way to go Dad".

I want to shout from the rooftops what an amazing person he is. Determined, driven, disciplined. He may not have finished the whole 100 miles, but he is still my hero...and there is always next year.
Posted by Marilyn at 8/27/2007