Saturday was a busy day for us. A lot going on. My adorable cousin Levi graduated from Eastern so we were there for his graduation. Very fun, and beautiful weather. Levi is sort of taken, but if you know a great single gal, Levi is one charming young man. Hook him up with a nice Mormon gal. I didn't take pictures, but if I had, you could see how stinkin' cute he is.

That day also happened to be my in-laws anniversary. Their 35th! Congratulations Jim and Shirley. Later that night we also enjoyed the fun and festivities at Danyelle and Ryan's "Work in Progress party". That was fun for sure.

It was also my Dad and his twin brother's 52nd birthday. They celebrated by celebrating Levi's graduation. So really we had no official birthday party for them, we did shower my Father with gifts for both his day of birth anniversary and Father's day, but I still feel like he deserves a blog post. So here goes.

My Dad is an amazing man. He is an awesome husband, incredible father, and the best grandfather EVER! I've already talked about the amazing things he does as a grandpa (or poppy, as my kids call him) before, but I will tell you again. A few Friday's ago, (auction night actually), he called me and asked me if Ethan could spend the night because he wanted to take him bullfrog hunting. After dusk that night, he took Ethan down to a pond infested with bullfrogs and let Ethan catch frogs until his hearts content. Can you imagine anything more exciting for an 8-year old boy? Me neither. 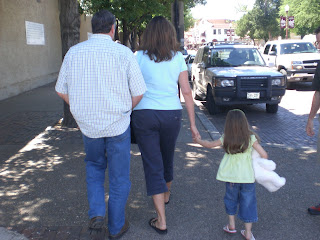 He treats my Mother like a queen, and comments so often on her beauty that at times it verges on annoying. Not really, I just affirm to him that he DID marry the most beautiful woman ever. Isn't it refreshing to find a man who, after 32 years, still adores his wife? (Okay, Mom, are you crying yet?) He is a wonderful example to me and my husband about how to treat your spouse. 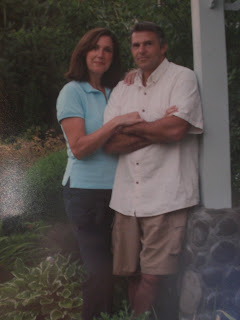 Growing up with a father like him, there was never a dull moment. He is a fun guy to be around. He has lots of stories. Fun and silly stories. He is a comedian really. In certain moods, he is the life of the party. And when he and his twin are together it is just double the pleasure. They are great at telling stories from their unique childhood. They are #11 and 12 out of 12 children. The babies of the family, and they were raised by their mother and father of course, but also by their older siblings. They have a distinct way of talking that is often imitated and is very entertaining. Besides their booming voices, they just have their own style of speaking, we call it "twin speak". They are hard to tell apart by their voices and are mistaken for each other ALL THE TIME! They get a kick out of it and play along sometimes, confusing ladies and children throughout the stake. 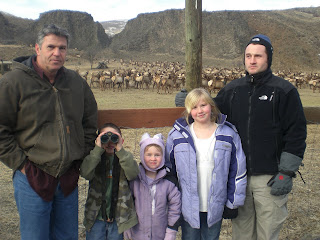 My dad loves his family and is a very sentimental person. He remembers gifts that are given to him and any time he wears or uses the gifts he recalls who and when and where it was given to him. He'll say "I remember when Brandon and Marilyn gave me these boots in 1996, and I wore them hunting in Montana. They were the best boots, I never got one blister, my feet were dry, and warm." He does it with shirts, BBQ's, even fingernail clippers.

At Levi's graduation party I broke a nail and asked for some nail clippers. My Dad pulled out his key chain and handed me his clippers. They barely worked. He was kind of chuckling and told me that he has had those clippers since 1989 when he bought them at a grocery store when they were elk hunting. I couldn't believe that he still had those same clippers and could remember the exact location and date of purchase. He is sentimental for sure. So of course, for his birthday I gave him a new pair of clippers along with this little poem I wrote:

1989 was a long time ago
for 18 years you've loved them so.
I know those were special but these will be too,
so out with the old and in with the new.

He got a kick out of that and of course he realized that the new clippers worked much better. I love how sentimental he can be and I just love my Dad. Thanks Dad for being an amazing father, incredible husband to my dear mother, and perfect poppy to my children.
I love you!
P.S. I love this song, it reminds me of my Dad because he played it a lot while I was growing up. I could only find a 30 second clip however. bummer.
Posted by Marilyn at 6/18/2007