A story and a song

Most of you already know the story of when I had the opportunity to meet Michael Buble last summer, so I'm not going to re-tell it, yet. But there was a little exchange between him and I that I want to share today.
First of all, I have to tell you that if I ever got the chance to make a wish, any wish, it would be to interview Michael Buble. I want to sit down with him and ask him the things I want to know. I feel like his interviews are always the same questions. I have my own list of questions. One thing I would do is look at his iPod. I want to see what he listens to. He can look at mine, while I look at his. I know, I'm a huge dork. But I really am interested to see if we listen to the same stuff. I have a hunch that we do. I'll tell you why.
Last summer when we met him backstage after the concert, he was talking to us and signing stuff (hockeystick), and he asked me if I like this artist named Marilyn Maroo. He said that if I liked his music, I would probably like her stuff too. I was bummed because I had never heard of her before, so I just said no. I was thinking, "Oh he probably thinks I am just one of those musically uninformed fans who happens to like his music, but really I am a jazz and standards nerd like him." I was thinking, "He probably thinks I am one of those fans who just thinks he is cute, but really I am a music fanatic and spent my entire high school years in jazz choir at jazz festivals, just like him."
So anyways, we say goodbye and the next day we are heading home. I was driving home and just thinking about that exchange I had with him and all of a sudden I realized he had said "Have you ever heard of MADELEINE PEYROUX?"
I am such a dork.
Can I just rewind please?
Of course I have heard of her, I love her music. Isn't she great? Can you believe how much she sounds like Billie Holiday?
I could have experienced just a little bit of my wish. I could have discussed music with him. Who knows, maybe we would have stood there for a while talking about other musicians. (Who am I kidding? His girlfriend (Emily Blunt) was in the tour bus waiting for him.) But you never know, if I had been listening more carefully and had not gotten so star-struck, maybe my wish could have come true.
That dang Canadian accent!
So enjoy Madeleine Peyroux and have a great weekend! 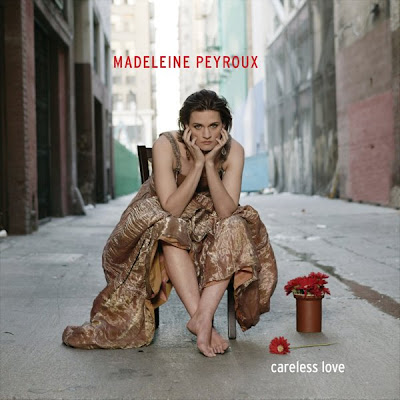